I didn’t know what to expect, since this was the first time a food truck rally was conducted in Daytona Beach. I was told there had been two in New Smyrna Beach and one in Port Orange, so the concept has be promoted, but no one knew what the turn out would be like.

The venue was a park along the Halifax River. To the west, a canal separates the park from the mainland. There’s a pedestrian bridge at the north end and a car bridge to the south, adjacent to the Jackie Robinson Ballpark.

The events was scheduled for 5 to 9 PM. I arrive around 7 and the parking lot was full. Several hundred people filled the area between the food trucks, and dotted the area along the river.

Personally, I would have like to have had some music. Not necessarily a live band. A sound system would have worked. But the only music came from a couple of the food trucks.

The turnout was sufficient to warrant another night for dinner under the stars. Maybe the food trucks and the open air cinema night can be combined. There I go again, offering an unsolicited suggestion.

What do you think? Should there be music at a food truck event? If so, what style? The annual Daytona Beach Blues Festival is coming in October. So, some Blues might be nice. Jazz is usually a safe bet. If I was in charge, which I’m not, I’d get some downtempo, chillout music going, with or without a DJ. Just a decent sound system with some CDs. Maybe some reggae?

One of the food trucks featured Hawaiian hot dogs. As I walked by, I noticed a woman with two dogs with a sign that said they pose for donations. The dogs are service animals that visit children’s hospitals and senior centers, providing a little love for people who need it. Since I just lost a Sheltie to kidney failure, I was immediately drawn to one of the Doodle Boys. Scroll down to see them. 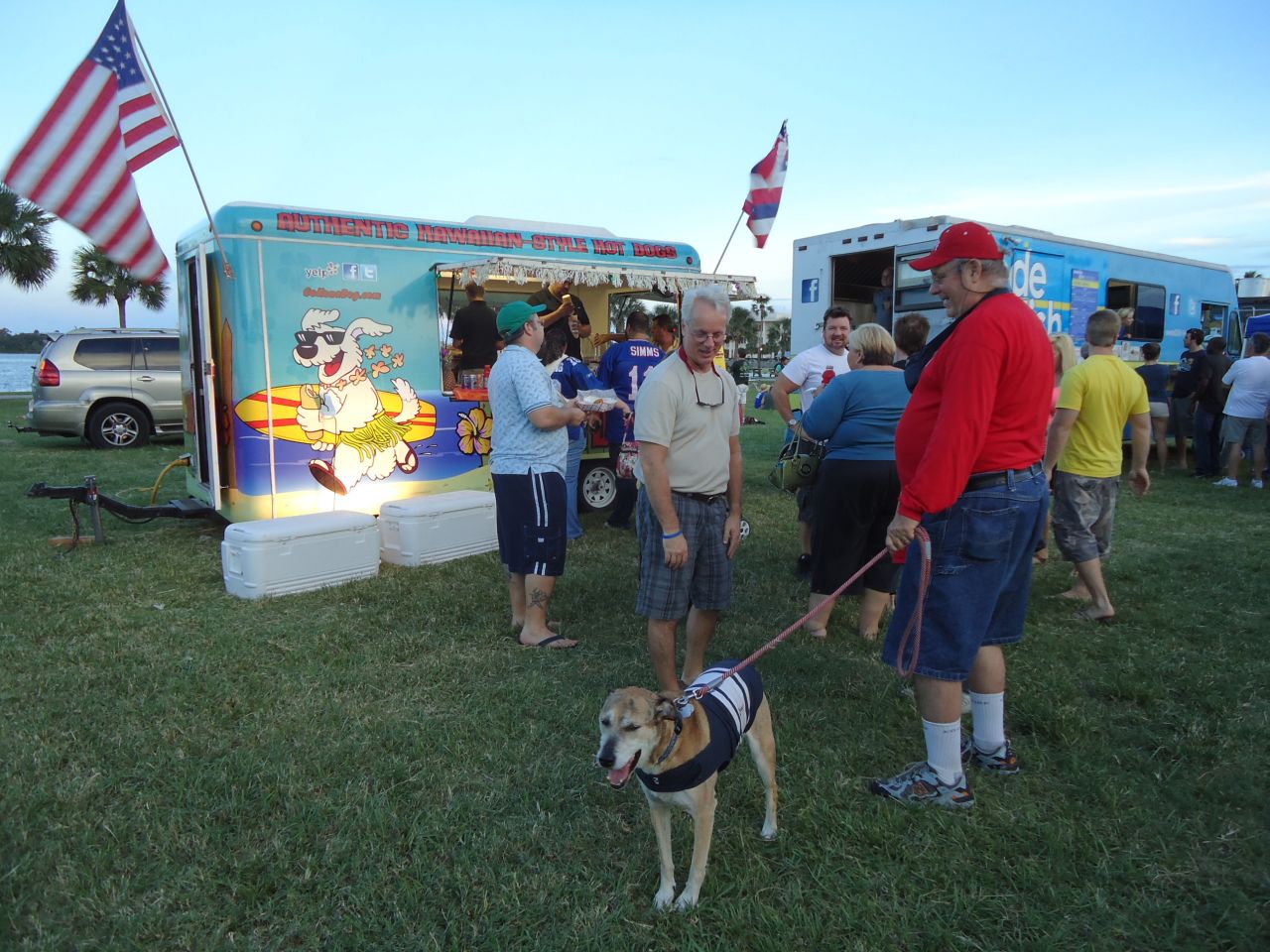